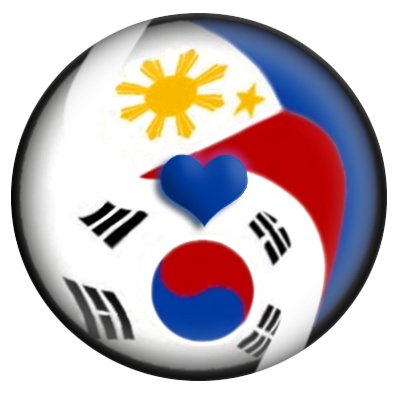 I’m a Filipino girl, and I fell in love with this Korean guy, who goes to same university as me. I’m 18 and he’s 23. As I saw him for the first time last November I told my friends that he’s handsome (I saw him from the side) and it’s like he heard it because he looked at me and I’m so shy and my friends told me that my face turned red. When he looked at me I realized that he’s not handsome at all and I told my friends and they just laughed about it. Up until now I still think that it’s so funny.

After that, we always pass by each other almost every day in school and I always remember the first time I saw him and I laugh a little whenever I see him. I don’t know why but my heart beats so fast. I realized that he’s cute and he has a good posture and he’s also physically fit, I also learned that he is single, he already finished his military service and that his friend (also a Korean guy) is my former classmate in one of our subjects a year ago. I added him as a friend on Facebook and he quickly accepted my friend request.

At first I’m shy to chat with him on Facebook because I’m afraid that he will not reply, but my friends dared me to do it and they also told me to give my cellphone number to him. I really gulped a LOT of courage to chat with him and I’m so happy that he replied. I told him that I always see him in school, and he asked me why I don’t say hi to him, I told him that he looks so serious. He said that he’s bored and tired in school because he doesn’t have a girlfriend. I’m like (0_0)……Haha!! After that I gave him my number and I told him that I will definitely say hello to him the next day and he said that he will be looking forward to it but I didn’t see him the next day.

I told my friends about it and they’re so happy for me, but whenever I see him in school I can’t say hello to him because my friends always sabotage it by shouting my name out loud at him. He’s always with his friend and I always say hello to his friend but not to him cause I’m shy and can’t look him in the eye.

I put a smiley and hello to him on Facebook the next day after we chatted, he’s online then and he didn’t reply, I did the same thing the next day but I still didn’t get any reply from him, we never chatted after that, I didn’t receive any text message from him not once.

We saw him once outside university and followed him and our eyes met but I was so shy and looked away, and after that my friend told me that he smiled when I looked away.

The last day of the semester my friends and I were reviewing in the student center and he and his friend passed by us and my friend who is facing me told me ‘he’s approaching you’ but then my other friend screamed well maybe of excitement because my crush is approaching me.

But then he didn’t approach me, he just froze there after my other friend screamed at the top of her lungs and he just like backed out and walked away with his friend. I don’t know if he’s shocked or what. He’s in South Korea right now for vacation, he’ll be returning here in the Philippines maybe this May or June, I always looked at his Facebook profile and he always posted there that he needs a girlfriend, but I don’t have the courage to chat with him anymore because I’m afraid that he will not reply again.

Do you think this Korean guy is not interested in me? Or it’s because he thinks I’m too young for him? Or is he just waiting for me to approach him? Does it matter I’m Filipina? OMG I really don’t know what to think.

It is highly unlikely that he thinks you are too young for him because of age difference, but both you and your friends have acted very childish. That probably put him off.

It doesn’t matter that you’re Filipina. Of course Koreans can like Filipinos or Mexicans or Chinese or Indians or Vietnamese or Malaysians or Romanians or French or Ugandans or skinny people or chubby people or black people or white people… you see what we’re getting at.

When he comes back, try to talk to him seriously for a few minutes. Keep your friends away. You can be shy, that is not an issue, but no screaming, no giggling, no following him around and then pretending you didn’t see him. Then you may get a better idea how he feels about you.

We hope he will return your feelings.