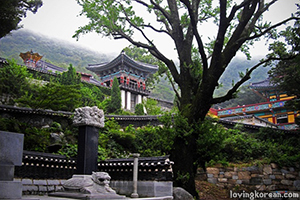 My Korean boyfriend and I have an unusual love story – meeting online, falling in love without ever seeing each other, and becoming a real couple while being of different nationality, race, culture, and speaking different languages… all in the name of love.

But we are not the only ones! Other girls and women have just as, if not more, interesting experiences with their Korean guys. That’s why we asked you to share, and here is some of the amazing stories you told us.

This is the story of my first love. DJ and I met as classmates my freshman year at university, and gradually grew closer as friends. Last year, DJ’s senior year, we ended up living in the same dorm. Since we had several classes together we began working on homework together. After a while I would wake him up from study naps, we would watch movies together, talk late into the night about everything. DJ would tease me to get a Korean boyfriend, taught me about dating customs in Korea. I would tease back that he should get an American girlfriend. DJ knew he was going to graduate school in Korea, and said he would feel bad to date a girl for such a short time. I was thinking of studying abroad to Korea but I wasn’t sure. DJ always said if I come to study that we should go out and he would take me around.

According to our friends, apparently it was way too obvious that we both liked each other, though neither of us said it out loud.

Over summer, I visited the countryside and we could not talk online so much, but we still sent messages and music back and forth. When this semester started I gathered my courage, and wrote a letter, where I told him I liked him, but he has not responded since. Recently I got accepted to a Korean study abroad programme. If I see him it will be interesting, but I think if I don’t its ok, I have happy memories and no matter what next spring will be a blast!

Thank you Elaine. We think it is wonderful how you value your experience no matter how it turns out. People sometimes forget that happy memories are what’s important, even if you don’t get your happily-ever-after.

Marissa says:
Hello~ I am an American woman currently living in Seoul. I’m dating a Korean guy (from 포항 actually) who doesn’t speak any English. Me met on a pen-pal site a few months before I moved here and knew relatively soon that we would be interested in dating once I got to Korea. I really am the luckiest in the world, because my boyfriend is extremely open minded to cultural differences and we have been able to compromise on anything that we didn’t originally see eye to eye on. It is pretty crazy that I had to travel thousands of miles and learn a new language to meet the love of my life, but it was more than worth it.

Thank you Marissa. Your story of finding love is romantic and we can all learn something from it.

Get an answer to your questions about Korean guys or go to Your Korean love story if you have a love story with Korean guy you would like to share.