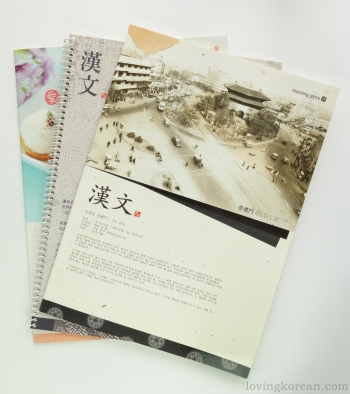 Korean notebooks for writing Chinese characters are probably one of the most uniquely Korean things, due to the special relationship between Hanja and Hangul.

→ Do you need to learn Hanja to know Korean

I’ve always loved Korean stationery, even without realizing it’s Korean. And sometimes even without realizing what it’s for. When I first bought these Korean notebooks it was purely for the design of their covers. Some were adorably cute, some wonderfully traditional and Korean, neither of which is very common in Europe.

Admittedly, at that time my knowledge of Korean language was nonexistent so I had no idea what I was buying other than a pretty notebook.

That led to a surprise when I received and opened it for the first time to find, instead of a lined notebook I was used to, a grid made of alternating squares and thin rectangles.

I had no idea what to make of it, but Kimchi Man explained that they were meant to be used for practicing Chinese characters. However, at that time I had no intention to learn Hanja so I tried to use them for Hangul, Latin alphabet and even art at one point.

When few weeks ago I decided to learn Hanja I finally used them for what they were intended for: writing Chinese characters.

It was a joy to write Hanja in them, because in addition to a pretty design and good quality that Morning Glory stationery usually provides, the grid in these notebooks was finally working for me instead of against me. 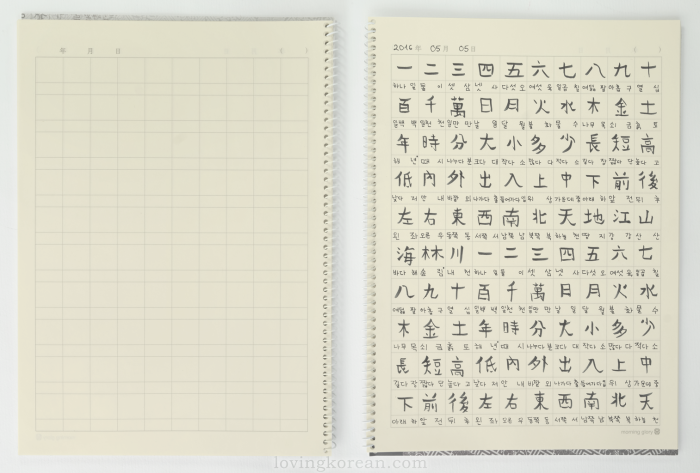 The way to utilize the grid in Korean Hanja notebooks is to use the square fields for writing Chinese characters and to use the narrow rectangles to write Korean meaning on the left and pronunciation on the right.

Korean penmanship practice notebooks may seem similar to these Hanja exercise books at first glance, but they usually have just a simple grid made of squares and they are meant for practicing Hangul.

If you are looking to buy Korean notebooks specifically designed to learn Hanja characters make sure to search for 한자 공책 or 한문 노트 or 한문 공책. You will probably see designations such as 8칸 x 8칸. That would mean each page of the notebook has room for 64 Chinese characters. The other common format is 10칸 x 10칸.

Learning Hanja starts in grade 7 in Korean schools so these kinds of notebooks are a standard part of Korean school supplies and can be bought in any Korean stationery store. For us who don’t live in Korea but are wondering how to buy Korean notebooks and stationery the best option are:

That’s where I got mine from. These were manufactured by Morning Glory and I am really satisfied with the quality. They used long lasting acid free paper, soft colors that are easy on the eyes and so on. However, there are plenty of good Korean manufacturers to chose from.

Have you ever used Hanja notebooks for writing Chinese characters? Do you have your favorite Korean stationery? Let me know in the comments below.

Readers who liked this post also liked: Importance of fun in learning – Korean calligraphy in gold