If you are trying to learn Hangul you might also look for alternate spelling “Hangeul”, which is the Korean writing standard that the South Korean government uses and encourages people to use, called the Revised Romanization of Korean. However, spelling it as “Hangul” is still much more common.

How difficult is it to learn Hangul?

Hangul is neither difficult nor easy to learn.

It is not difficult because it is an alphabet, like the Latin alphabet you are reading right now. Some people wrongly think Hangul is similar to Chinese characters. It is not so!

On this Korean packaging of Choco pie you can see the big Chinese character 情 on the right which means sentiment, emotion. Korean letters are written horizonatlly on the left side.

This is simply because Hangul characters are grouped into blocks. For example, the three letters ㅎ h, ㅏa, ㄴ n are not going to be written ㅎㅏㄴ, but instead 한 han. Similarly, it is not ㄱㅡㄹ but 글 gul. Those two blocks are then put together to form one word: 한글 Hangul.

On the other hand, Latin alphabet is written sequentially, all the letters are in line.

Sure, you will learn quickly the difference between 사 and 가, but if you want to learn correct pronunciation you will have to tackle syllables similar to 쮝 and 쁡, and get comfortable with concepts like resyllabification and nasal assimilation. Although, to be completely fair, those are just fancy names for simple rules, that don’t take long to learn.

If you feel you already know the basics of Hangul, then do make sure to right away get yourself a good Korean pronunciation book. As for the language itself, book recommendations are in our article How to learn Korean.

Still, those are rules that need to be memorized and used. So don’t believe those that tell you they learnt Hangul in 2 hours and be discouraged when you can’t pull it off.

Best sites to learn Hangul (all free and online)

For those wondering how to learn Hangul online we’ve prepared the list and our reviews of best free online sites to learn Korean alphabet. All of the recommendations here contain audio from native speaker so you can hear the correct pronunciation. We didn’t even consider the sites that only try to explain the pronunciation without letting you hear it.

Originally, we wanted to review top 10 sites for learning Hangul but honestly, there are not that many that are even worth looking at. And by using a combination of the first three sites we chose, you can learn almost everything you will need, and most importantly, you will learn Hangul fast.

–         Until the early twentieth century Hangul was considered as the script for women and the uneducated. The literate elite used the much more complicated Hanja writing system which is based on the Chinese characters. Similar to the way Latin was preferred by the educated in Europe. Koreans weren’t always as proud of Hangul as they are today!

–         The alphabet in North Korea is called Chosŏn’gŭl 조선글, after Korean Choson (Joseon) state which existed from 14th to 19th century. 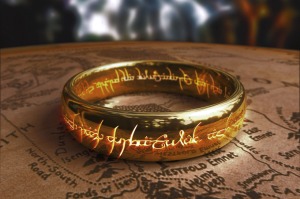 The fictional scrip Tengwar from The Lord of the Rings, like Hangul, imitates the positions our speech organs makes when producing a particular sound.

– Hangul is a featural alphabet. It means that shapes of the letters are not arbitrary but related to the features of the sounds they represent.

Another example of this is the fictional script Tengwar invented by J. R. R. Tolkien and used in The Lord of the Rings. (Note: Tengwar is not a true alphabet because vowels are represented by the diacritics. That’s all the little lines and dots you see above and below the letters).

A little help to learn Hangul

You don’t need the information in this section to learn Hangul, so feel free to skip to next heading. However, if you find yourself confused as you try to figure out the difference between a letter, a syllable, a word, a character, a symbols, a script, a writing system… you can always use the tables below for reference.

A writing system or a script is a symbolic system by which we express a language. Since these symbols can be letter or characters here is how to distinguish them:

So in conclusion, Hangul is featural linear true alphabet.

English word flower is written using Latin alphabet. flow and er and syllables. f, l, o, w, e, and r are letters and graphemes. There is only one morpheme. It contains five phonemes /ˈf/, /l/, /a/, /ʊ/, and /ə/.

꽃 is a word written with Hangul alphabet which has a meaning flower. ㄲ, ㅗ, ㅊ are letters and graphemes. There is only one morpheme. 꽃 is one syllable. It contains three phonemes  /k/, /o/, and /t/.

花 is a word written with a Chinese character which has a meaning flower. There are no letters nor syllables. There is only one morpheme and three phonemes /h/, /u/, and /ā/.

花 and はな are Japanese words, both equally pronounced and both meaning flower. First word is written using Kanji (Chinese characters in Japan) character and second one using Hiragana which is a syllabary. Again, since it is a simple word, there is only one morpheme. There are four phonemes /h/, /a/, /n/, and /a/.

Having learnt how to read Hangul I felt immensely proud. Sure, my pronunciation is still not even close to perfect, but I could read Hangul! And even recognize some words! I routinely proceed to read out loud any Korean word I come across. Kimchi Man is a very patient person, I must admit ^^

However, my excitement quickly faded when I one day walked by Kimchi Man, my Korean boyfriend, while he was studying. He was watching lectures on his laptop and his professor filled the blackboard with something that no matter how hard I tried I couldn’t even recognize as Hangul, let alone read it! None of the sites online, or even books I got from Kimchi Man for learning Korean teach this handwritten form of Hangul. So even now, I feel like I won only half the battle.

Edit: Learning basics of Korean brush calligraphy will also help you read handwritten Hangul. In a way, by practicing Korean calligraphy you learn shortcuts to writing, which not only allows you to write Korean faster yourself, but after just a day of practicing you will also decipher handwriting more easily.

How did you learn Hangul? How long did it take? Which site do you prefer? Which advice would you give on how to learn Hangul?

If you already know a bit of Hangul check out our tutorial for typing Hangul on your computer, Android, iPhone,…

28 thoughts on “How to learn Hangul”