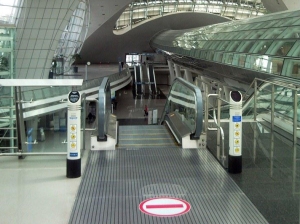 Hi! I am an online ESL teacher to Korean students. I’m based in the Philippines, and we contact students in Korea through phone. I had one male student (whom I’m having phone classes with) whom I really think is very smart and open-minded. I’m 21, and he’s 25. Usually, we just had “freetalking” topics, and I really am enjoying classes with him. At first, he was somewhat stiff, serious, and cold-hearted to talk to. He even wanted to end phone conversations hastily. But after a month, (finally!) I had the chance to talk to him about not-so-serious and funny stuffs. I guess that’s the time we started to enjoy talking to each other. We even extend our classes (normal time is 10mins) to 30 mins! We discovered that we share common interests, [what really amazed and surprised him was the fact that I don’t listen to Kpop *this was like our instant-friendship moment*], same taste of music, and (as he said) “same ideologies in life.” He has a girlfriend, but he had been sharing that there is no way that he will be sweet to his girlfriend (rude?) because it’s his girlfriend who needs to adjust. (I just proved how cold-hearted he is, although most of my Korean male students think the same too #smh). After sharing few secrets, I can say that he is very open to me. He even expressed that this was the first time he had been very comfortable talking to.. well.. apparently a stranger. Being stiff he is, I find it sweet when he said that I’m the “ideal conversationalist,” as if he had been talking to a really good friend. We’re friends on Facebook though, and had been consistently communicating there if we have no scheduled classes.

UNTIL.. [:(] Recently (on a Friday), we talked about his goals in life. It was the most “emotional/dramatic” conversation we ever had. I can say that he really opened himself much. That was a good thing for me, and our conversation had ended well.. Or so I thought. Monday came, and he was not answering my calls anymore. Usually, when he cannot answer my call, he would message me on Facebook or inform me beforehand. I was assuming at first that there had been an emergency or something; but 3 days passed, and it was either he wouldn’t pick up the call, or just rudely turn his phone off after a few rings *ouch*. After that week, I saw him enlisted to an another teacher. He also asked to change schedules, and had been answering calls from other teachers. Unlucky of him, there had been few times that he was assigned to me again, BUT HE JUST HUNG UP HIS PHONE. Basically, he was not answering calls from me. I then posted a “goodbye msg” on his Facebook, saying that “I feel sad that I’m not his teacher anymore, I wish for his success” etc.. but he never replied at all. (w/c is really weird of him. I see him online, though!) He suddenly shifted from being sweet (back) to being stiff (or much worse) again.

I never remember saying anything that might offended him.

My question is.. Is there a chance that he felt he had opened to a “stranger” much? Or have I been just too nosy as a teacher?

I noticed that Koreans are really protective of themselves, and don’t like opening up to people. Not that they are self-centered, it’s just like they live by the motto, “mind your own business.” So I guess they’re naturally stiff. (hehe) But at the same time, I’ve observed that you can really gain their trust if you praise and compliment them consistently! They’re also extremely sensitive. That’s why I’m just bothered if Koreans are really that protective of their personal boundaries & sensitive. I want to say sorry if this might be the case. I hope you can help! Thanks!~ ♥

However, it does not matter if you crossed a Korean cultural boundary, you are dealing with one person here, and it is obvious you crossed his boundary.

Trying to pursue this further, even just in order to apologize, would be crossing that boundary further. The best way to say I’m sorry is to respect his wishes and stay away.

5 thoughts on “[Q&A] Did I cross some Korean cultural boundaries?”